Hacker chess teaches principles, strategies, and tactics in attack and defense as found in cyber operations and cybersecurity. It is ideal for offline thinking and study as it removes the distractions of tools and networks which can be overwhelming and even confusing for those just entering into cybersecurity. Which is why it’s ideal for Hacker Highschool students.

In hacker chess you start with a normal chess set. If you’re familiar with chess then you’ll notice the main difference from traditional chess is in how the pieces can attack and defend rather than how they move.

The pieces are divided into 3 categories: Attack, Defense, and Asset. In these categories, the most versatile are the RAT King (King), APT (Queen), and Shield (Rook) which can move any number of spaces in any direction as long as it’s a straight, contiguous line.

You take turns to build your starting strategy. Then you take turns moving pieces to block, disrupt, destroy, and infiltrate your opponent. Your objective is to get as many points as possible (maximum 10) by moving the RAT King (King) and RATs (Pawns) off the other side of the board. Off the board is when you reach the last row and then go once more on the next move to go off the board. All the while you need to make sure your opponent cannot do the same to you. The winner is the one who has breached their opponent with the highest number of RATs and the RAT King, which is worth 2 RATs, to make a max total of 10 possible points. The game is over when no more points can be made because both sides have made the maximum points allowed or because no more scoring moves can be made.

2. Once the board is set up, white always makes the first move.

5. The game is played until no more Assets can score which can include the opponent’s assets being blocked from scoring and your opponent having no Attackers to remove the blocking pieces. The winner is the one with the most points.

How the Pieces Work

RAT King (the King) can go move any number of spaces in an unobstructed, straight line including off the board to breach the opponent. It can only attack the opponent's RAT King and RATs. Unlike the RATs however, the RAT King cannot return to the first row like they can.


RAT (the Pawn) cannot attack anything, not even other RATs. They can move one space in only a forward direction, straight or diagonally. However, RATs can return straight back to the first row in one move if the space is empty and there are no opponent pieces in the way; this means they can jump over any of your own pieces to return to that empty space.

APT (the Queen) is the most resourceful piece that can go anywhere and attack anything while moving any direction any unobstructed distance in a straight line.


Hacker (the Knight) is a versatile attacker that can attack anything except the Shield. However, in a move called the Kill Chain, a Hacker can defeat an opponent’s Shield if another Hacker is already adjacent to that Shield. Hackers move one space in any direction.

Shield (the Rook) is the most defensible piece vulnerable only to the APT and Kill Chain attack from Hackers while being able to move any straight line in any unobstructed distance. It can also allow your own pieces to jump it or tunnel through it as if it was an empty space. But it can't attack anything.


Defender (the Bishop) is the versatile protector that can attack both the APT and Hackers and also, in a move called 2-Factoring, when placed next to your other Defender cannot be attacked by the opponent’s Hackers. Defenders move one space in any direction. 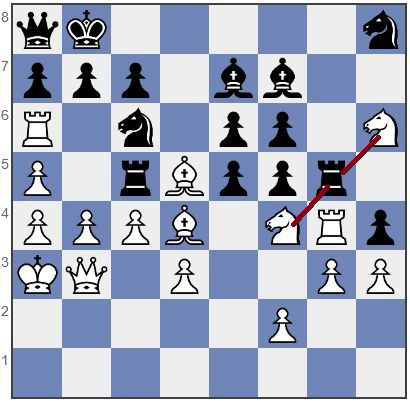 an Example of a Killchain 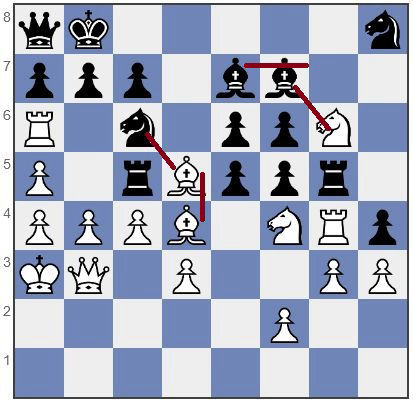 an Example of 2-factoring both with Black and White 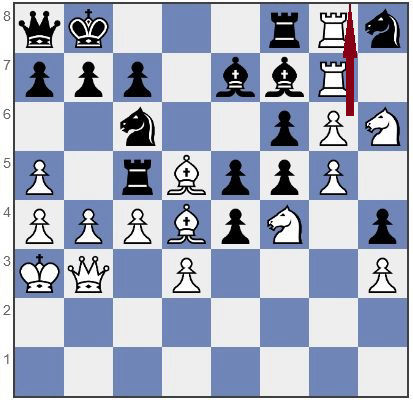 an example of Shield Tunneling to send the RAT off the board.